The Joan Pye Project was established to help balance the debate concerning the future of energy in the United Kingdom and to put the case for nuclear generated electricity.  The Project was self-funded and totally independent of Government departments or other political or commercial organizations. 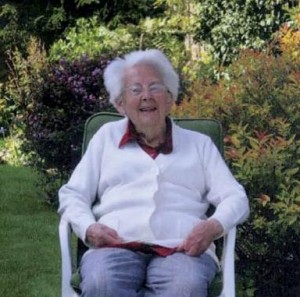 Founded by Joan Pye, MA (Oxon), FINucE(Hon), the Project was established as an independent network of people she called her ‘distant supporters’ : physicists, chemists and chartered engineers who spent the major part of their careers in research and in applied areas of the nuclear power industry.

Joan was passionate about the contribution nuclear generated electricity can make towards a clean and reliable energy future for the UK. The Project aims to educate and inform, allay genuinely held fears, and promote better public acceptance of the current need for energy produced by nuclear power.

Joan Pye’s experience as PA to the Head of the Atomic Energy Research Establishment, Harwell where she worked for many years, convinced her that nuclear power is indeed the “Energy for the Next Generation”.

In addition, in 2009, Joan wrote her memoirs, entitled ‘Atoms for Peace’, which can be bought via Amazon.

This website sets out the case for nuclear energy in a factual, no nonsense approach, and attempts to correct the many misconceptions that exist. Each page takes you through the main arguments and attempts to set the case straight — please follow the links for further information and either leave a comment, or contact us if you have further questions or concerns.

With a degree in Environmental and Earth Resources Engineering, since 2008 Marie has helped run the Joan Pye Project – Putting the Case for Nuclear Energy in the UK and continues to do so. Before having children, she worked in the nuclear industry as a consultant for Orano Group on the National Radioactive Waste Inventory.