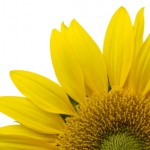 Safety and Security are the two big bogeymen of the nuclear industry, underlying the UK’s reluctance to embrace the nuclear option as the rational solution to our energy needs. But just how concerned should we be? Are our fears out of proportion to the risks involved?

Regulation & Monitoring
When you look at the facts, the civil nuclear power industry has a tremendous record for both safety and security — no other sector is more rigorously monitored and regulated at both a national and international level.

To protect the public and the environment, the UK, like all countries with a civil nuclear energy programme, has a nuclear safety inspectorate. This works closely with the International Atomic Energy Agency (IAEA) (which sets down safety procedures and acts as an auditor of world nuclear safety) and the Nuclear Energy Agency of the Organisation for Economic Co-operation and Development (OECD/NEA). Internationally agreed standards and guidelines are also imposed by the “Joint Convention on Nuclear Safety” and the “Joint Convention on the Safety of Spent Fuel Management and on the Safety of Radioactive Waste Management”. For further information visit the IAEA web site in particular IAEA Radiation, Transport and Waste Safety.

Safety
As individuals, we blindly accept risks to our safety all the time. So why is it we have an irrational fear of nuclear energy and the harm it could do us, when we are far, far more likely to die in a road accident or from disease? Especially as we are already close to French Nuclear Power stations across the Channel.

Nuclear power has enjoyed a very good history of safety under close supervision by official inspectors. Indeed the amount of radiation to which the population has been exposed from the nuclear power programme in the UK over the past fifty or so years is comparable with the natural radiation received when flying for only a few hours at normal altitudes. It is, in fact, far less than 1% of that received naturally in the course of a normal lifespan.

In fact, it has been suggested that while necessary precautions must be taken when dealing with radioactive materials, there is far too extreme a provision for public safety and worker protection, thus incurring unnecessary costs.

That said, Nuclear power stations are designed, built, managed and run with safety in mind. This includes both Waste Management and eventual decommissioning.

During its 50+ year history, the civil nuclear power industry has seen just two major accidents – Three Mile Island in the USA and Chernobyl in Ukraine. At Three Mile Island, although the station was closed down, there were no injuries and no release of radioactivity to the environment. And while the 1986 Chernobyl accident was widely regarded as a major disaster, its flawed reactor design, cavalier regard for safety and operation by inadequately trained personnel actually resulted in a total of 56 fatalities. What’s more an authoritative UN report in 2000 concluded that there is no scientific evidence of any significant radiation-related health effects to most people exposed and this was confirmed in a very thorough 2005-06 study.

Both have been exhaustively examined and documented, and lessons have been learnt.

These were first generation reactors with flawed designs. By comparison, modern reactors are far more robust with built-in passive safety systems, requiring no operator intervention in the event of a major malfunction. Apart from design, the major safeguard against accidents is good discipline and training in following written safety instructions for all staff operating nuclear reactors. In the UK it is achieved through the rigorous standards demanded by the Nuclear Installations Inspectorate, responsible Government Agencies, and the International Atomic Energy Agency.
Further reading:
NIA website
Office for Nuclear Regulation (ONR)

Security
Security is also taken extremely seriously by the industry. In the UK, each nuclear facility must have security measures in place to cover access to nuclear power stations and the transportation of fuel or other radioactive materials. This is monitored by an independent security regulator, The Office for Civil Nuclear Security (OCNS.) The Civil Nuclear Constabulary provides specialised armed protection for all civil nuclear facilities and materials in the UK. These comprehensive measures make it extremely difficult for terrorists or malicious groups to enter nuclear facilities or misappropriate nuclear materials. Even if they could, fail safes would make it extremely difficult for them to cause deliberate damage.

All nuclear materials are included in a strict materials accountancy system which is supervised by the International Atomic Energy Agency. This ensures that the whereabouts and amounts of all such material is known at all times, and that it is stored securely at all times.

Aside from comprehensive security measures, the nuclear reactors themselves are immensely strong, having heavy reinforced concrete biological shields, designed and built to withstand earthquakes and albeit unlikely accidental damage from very large aircraft strikes. Indeed, had the terrorists who targeted the Twin Towers in New York chosen a Nuclear facility instead, they would have failed in their mission.

Conclusion
Enormous efforts are made to make today’s Nuclear Power industry safe and secure. If we’re willing to take the risk of driving a car, then isn’t it time we re-evaluated our concerns over nuclear safety? Especially when France, separated by just a narrow strip of water, derives 85% of its electricity from nuclear power. This is practically in our back yard, so it’s quite illogical to say we don’t want nuclear reactors in the UK when, effectively, we are living with the perceived risk already.